How to kill Aunt Edna and find out who did it. 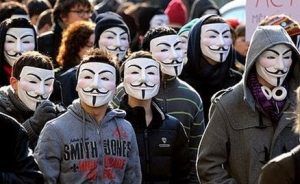 President of the Board for Kallisto Gaia Press, Writers' League of Texas member and founder of the South Austin Writers Critique Group, Gogi Hale stays busy both in her fictional worlds and the real one. She started her writing career with a young adult novel and is currently scaring friends and readers with a novel-length thriller and soon to be published horror short fiction.

A.R. Ashworth grew up in the petrochemical haze that smothers southeast Texas. He now lives with his wife and their big gray tabby at the edge of the Texas Hill Country, where he writes British-style police procedurals, short fiction, and poetry.

My mother said I read when I was four. At ten or eleven TV sent my imagination off the charts. I didn’t only want to read, I wanted to write. Surrounded by Louisiana rice fields, I didn’t have much else to do anyway, so I picked up a yellow No. 2 pencil and never looked back. Through the years I tried on several professions, but writing is the only one to which I'm devoted.

Although I'd read many good books before Shirley Hazzard's Transit of Venus, it woke me as no other had to what great writers can do with a story and set me on a pilgrimage toward doing it myself. Other breakthrough novels that have helped set higher goals are Kathy Hepinstall's Asylum Blue, Tan Twan Eng's The Garden of Evening Mists, and Tracy Chevalier's The Girl with a Pearl Earring. The series novels of Tana French, Reginald Hill, James Lee Burke, and Patricia Cornwell are major mystery influences.

I’ve published short stories, collected in A Long Night’s Sing and other stories through Kindle and CreateSpace, plus poetry and nonfiction in journals like Concho River Review, New Orleans Review, Louisiana Literature, and Oasis Journal.

My imagination for making up stories was fueled by growing up in the country with no playmates except my pony and dog.  I would take off riding Rusty (who bit, bucked, kicked and was the meanest piece of horse flesh on four hooves) to explore the frog population in the various ponds scattered on 400 acres.  At the far end of the trail was a beautiful crystal-clear stream next to a dilapidated, deserted house, the perfect mysterious setting for all of my invented stories. I was Nancy Drew, except riding Rusty instead of driving a cool roadster.

I was derailed during public school in a heavy science and math curricula that just didn’t seem to fit.  By accident I opened an art history textbook in a friend’s car and before me were the most exciting images and ideas.  Several degrees later culminating in a Ph.D., I began a career as a professor eventually moving to a university in Texas

During those years I was able to travel every year giving papers and working on research projects from the Gulbenkian in Lisbon to Taipei, all over Europe and the U.S. and to Africa.  After two decades and almost forty publications in juried journals and texts, I wanted to do what had never left on my mind – write fiction to give voice to my invented stories.

Passions include all things beautiful: art in its many forms, watching my son fly fish, the exquisite fish swimming around reefs, my husband’s hands, the unspoiled landscape, great food, travel, and reading.

Theme by Anders Noren — Up ↑